Got caught in an Amazon k-hole last week. I will see one book I want, and then keep click-click-clicking. Amazon's customer recommendation system is the devil.

Duel in the Sun: The Story of Alberto Salazar, Dick Beardsley, and America's Greatest Marathon 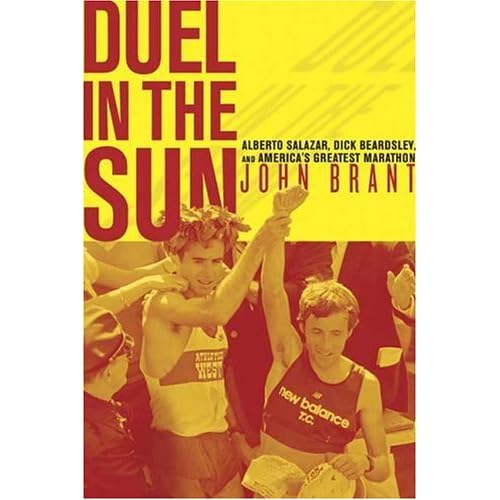 Apparently, a Duel in the Sun means different things to different people. Most people think of David O' Selznik's western Gone With the Wind. Some people think of the book on which the movie was based. Apparently there is a Harlequin Romance with the same title (though after reading the description, I'm not sure how it relates to the title, other than some of it may take place outdoors), and those who enjoy the Golf channel can now relive the fast paced excitement of the sport in a book about the 1982 Open (British) Championship.

To runners, it means the race between Alberto Salazar, Dick Beardsley and their short shorts at the 1972 Boston Marathon. Drug addiction, depression, 80's running gear, and the Boston Marathon...I'm in. 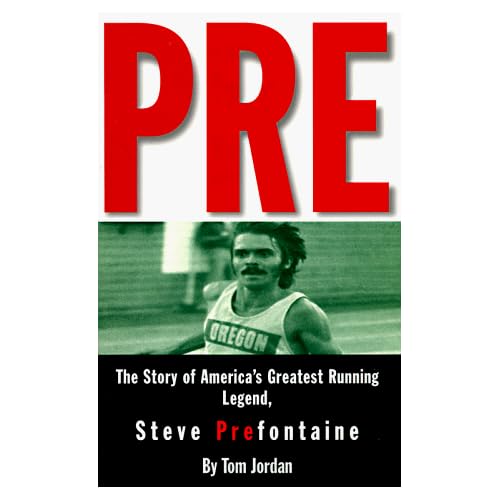 Steve Prefontaine was one of the most popular athletes of the 1970's and is credited with inspiring the running boom of the the decade. Trained by future Nike founder Bill Bowerman, he was the first Nike sponsored athlete. Known for being stubborn, pissy and hard to train, he also fought for sponsorship rights for Olympic Athletes, and at his peak held every American track and field record from the 2,000 to the 10,000 meters. He was the first athlete to win four consecutive NCAA track titles in the same event. He held eight collegiate records and his three-mile and six-mile records are still standing today. During his career he broke his own or other American records 14 different times.

I don't have jokes for this one, just really looking forward to reading it.

Rome 1960: The Summer Olympics That Stirred the World This one was suggested after I searched for a Jesse Owens book that was currently out of stock. About the Games as a whole, rather than just running, I was drawn to the idea of seeing how the current political and social change played out at the most viewed international sporting event of its time. American Cold War propaganda, the beginning of athlete doping, Aparteid, and social inequalities all factor into how the world saw these athletes.

I was thinking I'd try running again in January at the Central Park New Year's Eve Emerald Nuts Midnight Run. My trainer has told me he doesn't want me to even think about running until March at the earliest. This is incredibly frustrating, but hopefully these books will keep me occupied as I wait to get back on the road.
Posted by DMC at 10:34 AM